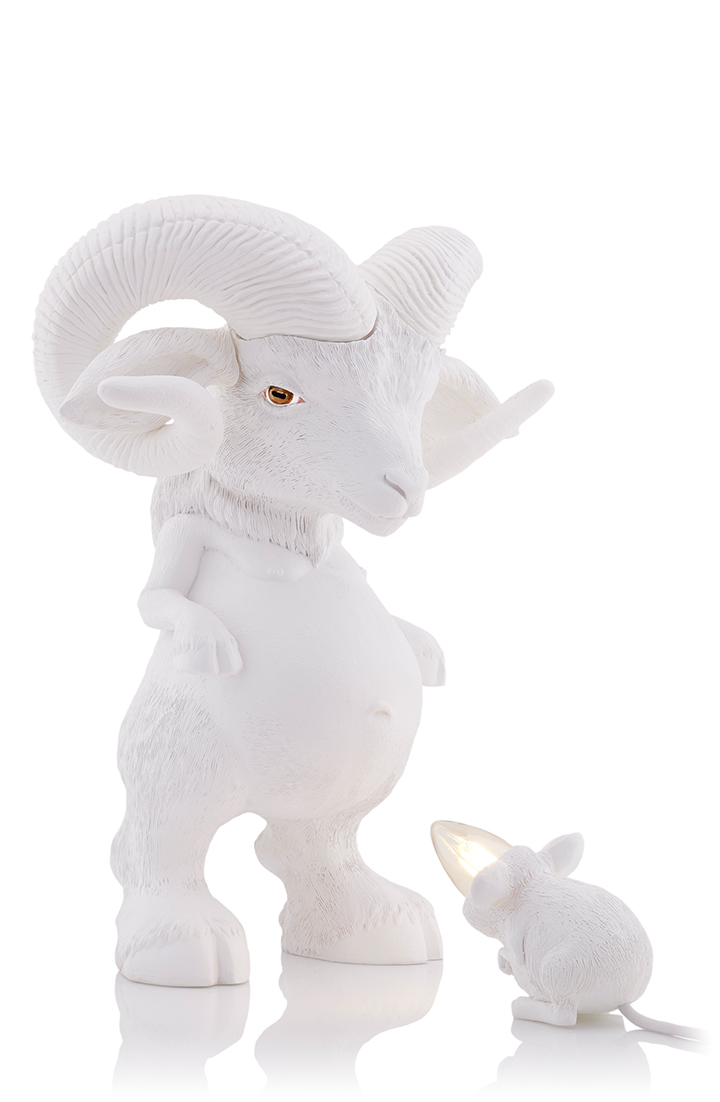 Agapito is a Ram with 37% of human DNA. He is 16 years old, and is from Huesca, in the north of Spain, where he lives with his parents and his brother, in a country house surrounded of nature. In that country house his parents manage a touristic business, where they offer guided tours, hikes or climbs in the mountain, and other adventure sports.

Agapito enjoys jumping and climbing to impossible places, bragging with poses and acrobatics. In fact, he has been the European champion in the “Parkour” modality.

Besides of being a big athlete, he is also a complete street artist. He makes graffities and amazing murals, and he loves leaving his mark wherever he goes.

But not everything is having fun, or work. He also spends time in activism, because he is a prominent member of P.E.T.A, in this organization other members call him “Agapeta”, and they consider him like a superhero, because he gatecrashes into companies where animals are mistreated or used for not very ethical purposes and he free them. Leaving in exchange to the company a nice and radical graffiti in their facilities.

One of his latest rescues, were in a clandestine laboratory, where scientists experimented with mice, turning them into bionic and illuminated beings. There he met and released those beings called “Bichins” and they in gratitude, gave him their fidelity and friendship, specially “Bichín B-1” that became from that moment, in his best friend and inseparable companion, that follows Agapito wherever he goes.

How many adventures will live this pair?

ORNAMANTE, S.L. uses its own (necessary) and third-party cookies to personalize content and advertisements, offer social media features and analyze traffic. In addition, we share information about your use of the website with our social media, advertising and web analytics partners, who may combine it with other information that you have provided to them or that they have collected from your use of their services. More information.
SET COOKIESACCEPT ALL
Manage consent