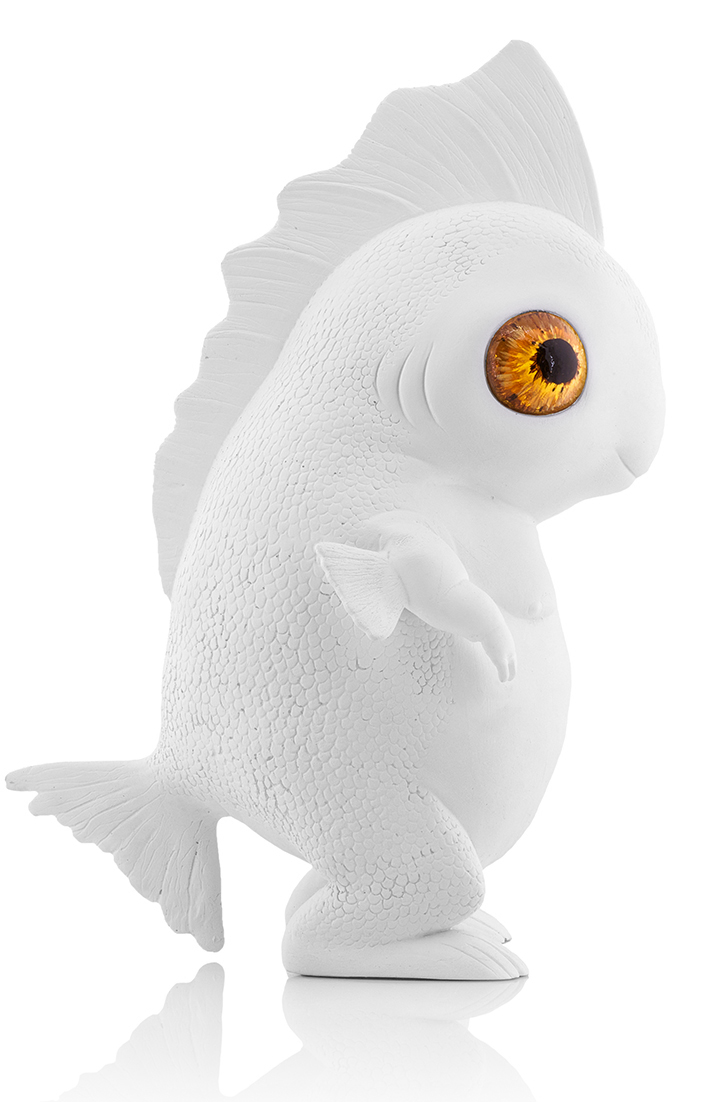 Marcelino Javier is a humanized fish with 38% of human DNA. He is 10 years old and is from Almería, south of Spain.

Marcelino Javier is a little rascal, naughty and active, with a charming personality, but at the same time, he is a well-mannered kid and very good student, in fact, he once won the science contest first prize at the school and as a reward, they gave him a visit to the biggest investigation centre in the city. Once there, scientists saw him so excited, that they give him carte blanche, for visit the installation, whenever he wanted.

There he surrounds himself with test tubes and petri dishes, making impossible mixes, with strange natural products, that once caused the emergency and evacuation protocol activation. But in spite of that, scientists are very happy to have him running about there.

Marcelino loves to play football, amusement parks and watching cartoons. But what he really loves is to play pranks with his friends, family, and specially to the centre scientists. One of the chemists is terrified of bugs, and Marcelino, wear him out hiding rubber cockroaches and spiders everywhere, for him to find it by chance, making him throw everything he carries in his hands.

He has a gang of friends and they always arrange on the beach on weekends, it doesn’t matter if it’s winter or summer. There they have fun playing imaginary games, where they fight against monsters or aliens that want to dominate the earth.

Marcelino’s days are very long, full of activities and adventures, so when he gets home, he only has the strength to take a shower reluctantly, have dinner and go to bed, where before sleeping, he fantasizes about being a great scientist, who investigates the mysteries of the marine world and its ins and outs.

ORNAMANTE, S.L. uses its own (necessary) and third-party cookies to personalize content and advertisements, offer social media features and analyze traffic. In addition, we share information about your use of the website with our social media, advertising and web analytics partners, who may combine it with other information that you have provided to them or that they have collected from your use of their services. More information.
SET COOKIESACCEPT ALL
Manage consent